Why engineers – not politicians – need to solve our infrastructure problems

Australia’s ever-expanding cities are placing significant burden on vital infrastructure, such as transport, housing and energy supply.  Peter Newman, professor of sustainability at Curtin University, will address the liveability, workability and sustainability of our cities – and the way in which they might be improved – during a session at this year’s Australian Engineering Conference (AEC).

Newman will interview Sir Rod Eddington, former Chair of Infrastructure Australia, whom he met on the football field in Perth more than five decades ago.

“I was his coach,” said Newman, “so clearly I was the senior person in the relationship, although I was all of three or four years older than him. He often still calls me ‘coach’ and, of course, I call him ‘Sir Rod’.

As it is engineers who build our cities, they must play a key role in improving their sustainability, said Newman. He cites British civil engineer and ‘Father of Railways’ George Stephenson as a fine example.

“The first railways came about because engineers were entrepreneurial enough and politically connected enough to make them happen,” he said.

“Prince Albert was a great supporter of the railways and he had the entrepreneurial engineer, Stephenson, who came along and said, ‘We can build this if we get real estate developments to fund it’.”

Newman believes entrepreneurial engineers will play a vital role in improving our cities’ transport infrastructure in the near future.

“The new engineering that I really love is called the trackless tram,” he said.

“It’s an autonomous tram that is actually a series of buses in convoy, but they just follow sensors down the road. They’re electric, they get recharged at the stations and they’re much cheaper. They are what I believe is going be the next generation [of public transportation].”

While China is leading the way in trackless trams, Newman said he expects the technology to soon reach Australia.

“It’ll be the engineers who pick up on it,” he said.

“They’ll team up with entrepreneurs, developers and good governments and we’ll get a new regime of building trackless tram systems through our cities that will solve many of our current problems.”

Newman said our cities can be engineered so that home and work are accessible within 30 minutes. According to him, our cities become dysfunctional when further time is added to the journey.

“Sydney is the worst – it’s very close to 40 minutes per journey to work,” he said.

“Melbourne is next, and it crossed the line about 10 years ago. Brisbane crossed about five years ago and Perth crossed it two years ago. They need to claw it back. It’s increasingly dysfunctional because younger families are just falling apart. It’s like fly-in fly-out every day. There’s a big social impact as well as economic impact.”

Newman said cars serve an important purpose, however he sees a risk of them becoming master rather than servant.

“Those cities that have become automobile dependent, such as Detroit, are now struggling economically,” he said.

“Cities like Houston and Atlanta are rebuilding around rail and they’re doing well, because that’s where the new jobs are, the new knowledge-economy jobs.”

He said he believes the time has come for high-speed rail here.

“That linking up across the country is something that every continent has done except us,” he said.

“There is one plane a day between Tokyo and Osaka, two of the biggest cities in the world, and that’s because every 10 minutes, there is a fast train transporting people, and you can’t beat that.”

Such firm views on high-speed rail should make for an interesting debate during this year’s AEC when Newman takes the stage with Eddington, who is not a fan of high-speed rail.

Professor Peter Newman will team up with Sir Rod Eddington at this year’s Australian Engineering Conference to discuss the vital role engineers play in advancing our cities’ liveability, sustainability and workability. To learn more and to register, click here.

Since its completion, One Central Park has become a bit of a Sydney icon for a few reasons. One of the more obvious ones is that it’s covered head to toe in greenery.

The green walls covering the two towers are just part of the award-winning project’s sustainability profile. The $2 billion, 5.8 hectare precinct included $100 million earmarked for investment in green technology, including its own tri-generation plant, a recycled water network and onsite renewable energy.

The gardens use a remote-controlled dripper irrigation system and a special mesh-covered felt to anchor the plants to the scaffolds. The gardens are maintained by Junglefy, which specialises in green walls.

Another eye-catching feature of the development is the cantilevered heliostat, which serves a couple of functions.

You can learn more about sustainable infrastructure and tour the One Central Park project for yourself at the upcoming Australian Engineering Conference. To learn more and to register, click here.

If you want sustainable cities, you need to first consider resilience

Strengthening resilience today is a prerequisite for achieving sustainable cities in the future, says one industry expert.

The term ‘sustainability’ is often used interchangeably with ‘environmentally friendly’. However, for cities, sustainability doesn’t just mean going green – it means staying agile, preparing for turbulence and adapting to changing times. Richard Palmer, director of sustainability at WSP, speaks with create before his appearance at the upcoming Australian Engineering Conference about why cities need to consider resilience before thinking about sustainability.

create: How do sustainability and resilience tie in with each other?

There’s a global discourse around resilience, which is led by the Stockholm Resilience Centre, an academic research organisation that looks at socio-ecological systems, global systemic impacts and areas where particular shocks could have a profound impact on some of those things that underpin our society in many ways.

But climate adaptation is now being framed very much as resilience. In an urban environment, in a changing climate, what do we do to manage the risks of major storm events or major heatwaves?

And then there’s another element of resilience that the Rockefeller Foundation and the 100 Resilient Cities program are touting, which is around social, political, economic and physical resilience. That’s the ability of cities to withstand shocks, whether that shock is a terrorist attack or a major storm event. Do we have the systems in place that allow people to bounce back quickly?

create: As an engineering company, what sort of things are you looking to do with the infrastructure you’re working on to withstand shocks? 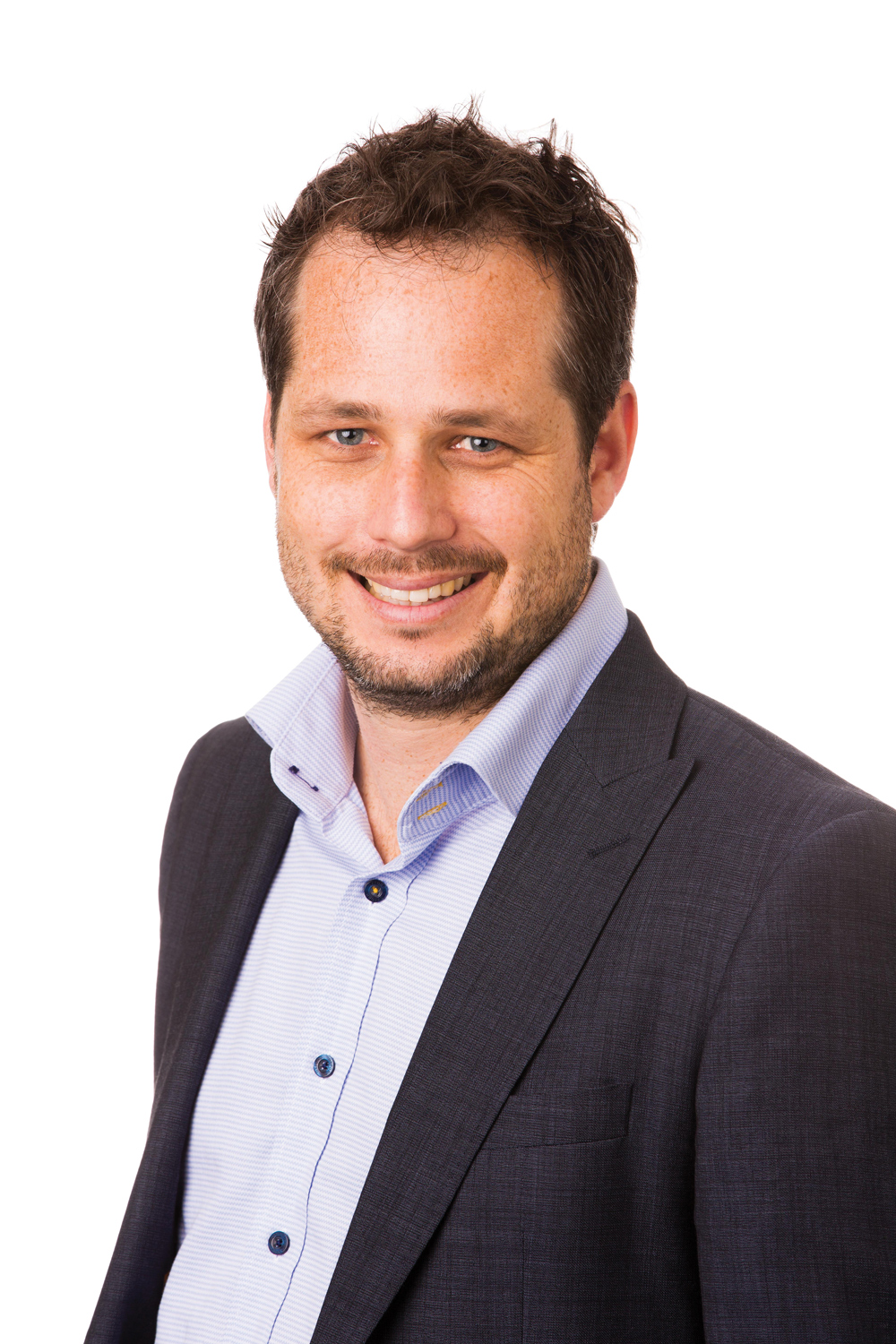 It’s about embedding the climate resilience aspect. Understanding future risks and designing for them is an obvious first step. Working on projects like Sydney Metro, for instance, it’s undertaking broad climate adaptation planning. Starting to understand what elevated peak storm events mean in design terms. What do elevated wind
events mean when considering a bridge? What are the heatwave events that might impact a major urban area of Western Sydney, for instance.

We are also looking broadly at how modal diversity can play a role in absorbing shocks. So across metropolitan Sydney, people’s access to multiple modes of transport is a concern. It puts a level of economic burden on those with multiple car ownership. In any kind of evacuation or emergency scenario, the lack of modal diversity has a material impact on a city’s ability to respond.

create: From a sustainability point of view, where is WSP strong?

An area we are certainly aspiring to be market-leading is around how we approach reconciliation with Indigenous Australians, how we build both a design-level relationship with traditional owners, as well as a procurement and operational relationship.

So we’re working at building relationships with Indigenous designers to reflect Australia’s first peoples in the projects we work on, physically creating places and developing projects that are an authentic realisation of where Aboriginal and Torres Strait Islander Australians see themselves in an urban context.

That’s tied in with sustainability partly from an equity perspective but also partly from the lens of inheriting a birth right of the longest continuous civilisation in history, which is what sustainability is about. I wouldn’t say by any stretch of the imagination that we’ve got it right, but we’re on the journey at both a corporate and project level.

create: Who are the world leaders?

Northern Europe and Scandinavia have always been strong in moving the needle on engineering and urbanism. A very interesting entrant into the space has been Side Walk Labs, a business within Alphabet, Google’s holding company. They have engaged with the Toronto waterfront and it is among the best work that I have seen in the public domain in terms of the future of cities with a sustainability and digital overlay.

We always tend to focus on rich cities but I think in many ways, there are a number of South American cities that are starting to get traction. Curitiba gets a lot of press for its bus rapid transit system, which I think is something we might be able to learn from.

Richard Palmer will be speaking about the intersection of sustainability and resilience at the Australian Engineering Conference this September in Sydney. To register, click here.